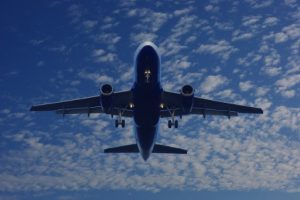 The Aviation Electronics Technician is a member of the US Navy with an enlisted rating or job specialty as electronic technicians.

The Aviation Electronics Technicians are tasked to deliver intermediate level maintenance of aviation electronic equipment, including maintenance and repair of weapon assemblies and other similar functions. They are sometimes referred to by other names by their contemporaries, including: Airedales, trons, tweaks or tweets. Similar to the general civilian functions of an electrician the ATs are expected to work in different locations, work with different types of equipment, and is involved in both physical as well as mental or logistical work.

It is the ATs upon whose shoulders fall the responsibility of making sure that everything works. While it is primarily electrical wiring repair work, it is specialized enough that no others are allowed to deliver the same service under the same capacity who are not recognized as ATs. In a very real way, AT’s make sure that an aircraft or airplane runs as smoothly as possible, and that it runs continuously until the aircraft lands.

The regular work of an Aviation Technician involves regular maintenance work, repairs, and that none of the electrical equipment on board a ship interferes or interacts adversely with each other.

It is essential to keep an aircraft running as smoothly as possible, in the interest of both public safety and to safeguard the transportation and communications sector.

In order to work comprehensively on even a single plane, Aviation technicians are expected to cooperate and function within a team to deliver the best work results possible. Even working on a single aircraft alone, there are levels of specialization, so much so that it’s easier to accomplish the work with different ATs working together.

For instance, a bench technician works with the various navigation and communications equipment that are usually installed within aircrafts. Each equipment may require specialization to the extent that one AT can specialize in only one or two kinds of equipment. Work in this area is both maintenance and repair, and occasionally, even innovation. It is close work that requires sitting on a “bench” to do close work on circuit boards and other similarly small equipment and requires facility in close, intricate work, and the occasional troubleshooting.

System trouble-shooters, on the other hand, are ATs that work from the other side of the spectrum. Bench technicians specialize in the smallest component of an aircraft, while system troubleshooters work on bringing all the equipment together and making sure that the aircraft itself works as a systematic whole. The latter’s work is broad and all-encompassing, as opposed to the former who specializes as the individual components become more specific and detailed. The former may be working in an air-conditioned, isolated room, while the latter is often seen running backward and forward from one aircraft to another, making sure that everything is running smoothly and that each aircraft is ready for its next flight.

Opposite sides of the coin, but their work together, as a whole, are what helps maintain the electronic system and functioning of an airborne aircraft.